Team Retreat and on we go... 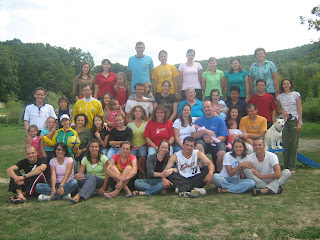 The time is flying now... hard to catch my breath between events. I barely got back from Canada, did some debriefing with teams that were just finishing up summer outreaches and then we were off for a week for our team retreat. Would have been relaxing if I wasn't in charge of it, but fortunately this year I was a bit more organized and more relaxed about delegating to others. On the left is our current team picture. Matthew's wife Helen and their 2 boys are missing as the boys were sick. But do you see all the babies? Since last year's retreat, we have added 4 babies to our OM Moldova family!! And this summer Slavic got married... he and his wife Snejana are in the front row on the right. A highlight of the week for me was the return of my friend Corinne to the team, along with her dog Silas, of course. 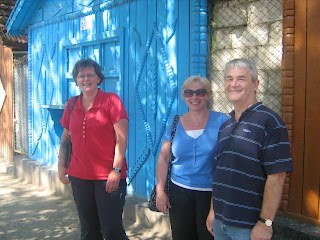 Also we had an A-1 speaker couple - Ian & Helen Orton really blessed us with their presence and sharing the gifts and passion God has given them. Ian led us in a cross-cultural study of the book of Ruth. Ian and Helen also led several sessions on cross-cultural relationships and relationships in general, addressing couples sometimes and singles other times. I think it was a real team-building week. 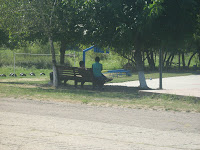 But now we are gearing up for the fall and the first week or so of September we are welcoming our new recruits and I am coordinating their orientation program. This evening I will pick up an Australian couple and a British girl from the airport and on Monday we begin our program. At the same time we have a couple from Chile who hope to join us but who have to wait outside the country a bit longer until they can obtain a visa for Moldova.
Tomorrow is a national holiday - Limba Noastra day - ("Our Language") so today the banks are closed and i haven't paid my bills and Monday is the first of the month. a bit of stress there. We pay our bills the old-fashioned way here in Moldova. They arrive in your mailbox (or not - as has happened this month with me) and you pay them at the bank or the post office, after standing in line for some time. If you miss the final date for payment (as I have this month, with not receiving the billls and not being in town to go to the banks when they were still open) then you have to go to the various companies themselves and pay - which of course takes more time and more running around. Other than worrying about my bills not sure what else is going to happen tomorrow but probably there will be a parade and a big festival down in the centre of the city. Might be a good opportunity for the newcomers to see a bit of Moldova, as it celebrates a national holiday. 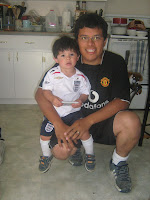 Anyway, I've cleaned up my kitchen (have been battling ants this summer), am doing a wash and am about to head out to get some groceries. Later I'll pick up the new recruits at the airport and see if they can understand my Canadian accent. Actually, it'll be interesting picking up Aussies and a Brit at the same time... I should be able to distinguish better the differences in accents soon.

By the way, on my last post I had trouble with the photos and so I ended up not posting the photo of my grandson Alejandro that I had planned to. So here he is, in his soccer outfit with his soccer-fan dad.
Posted by Barb at 2:05 p.m. 1 comment:

Back to my life 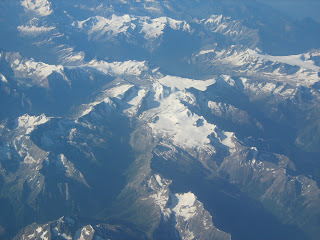 Over the mountains, the prairies and the ocean I have flown, back to hot Moldova and struggling to overcome jet lag and catch up with my life here. But I am so grateful for the time I had in Canada and the joy of changing diapers and rocking my baby granddaughter and blowing bubbles and reading stories to my 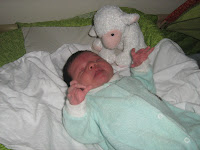 grandson. It was a nice visit with my daughter and her family and I was also blessed to have time with both of my sons as well as my mother.
On the way to 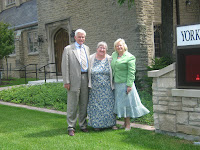 Now I am settling back into life here and actually glad to be back in my own little apartment. It's hot and I don't have air conditioning but for once I am not sorry about that. There was a lot of air c-c-c-c-conditioning in Canada, even when it wasn't that hot outside! 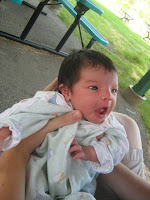 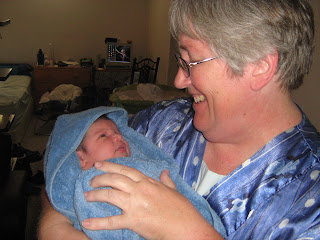 My mom wants to see more photos of her great-granddaughter so here are a couple more!


It's been a busy summer here with all kinds of short term mission teams coming and going. Next week is our team retreat and then we will be holding a training for our new recruits who will be arriving - from Australia, and from England! I'll be pretty busy for this time but hopefully will find/make time to keep you all up to speed on life in the Republic of Moldova for this missionary.
Posted by Barb at 11:51 p.m. No comments:

The following is reported on the Moldovan Embassy website: Starting with July 26, the Republic of Moldova has been confronted with flash floods caused by exceptionally high water flow on the Nistru and Prut rivers. Although the water has begun to recede in the Northern regions of the country, the floods continue to affect the central and Southern parts of Moldova. The Government has managed to mobilize internal resources to respond in a timely and effective manner to this emergency situation and is undertaking measures to anticipate post-crisis needs. However, eliminating the consequences of the floods will be a long and costly process, which exceeds the capacities of national authorities.

As of August 5, a total of 56 localities from 22 regions have been affected by the flash floods. According to preliminary estimations, 1123 houses have been flooded, out of which 91 houses have been completely demolished. Approximately 7,950 people have been evacuated from the localities at risk. Some 7,000 hectares of crop lands have been inundated. Floods have also affected health and educational facilities, roads, protection dams, and monitoring equipment. 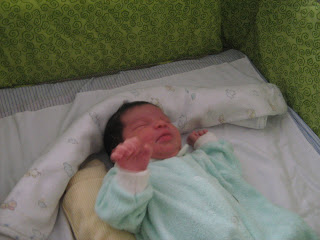 Here she is: the most beautiful granddaughter in the world! Eliana Kecia is an absolute doll and so tiny! Perfect little fingers and toes and tiny nose and rosebud lips and a head full of dark hair, just like her big brother Alejandro. 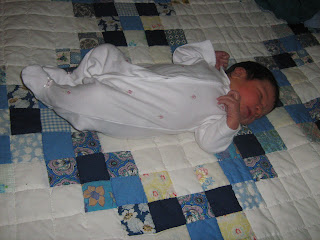 So far he is a pretty good big brother and it's fun having a visit with him too! Here's the happy family! 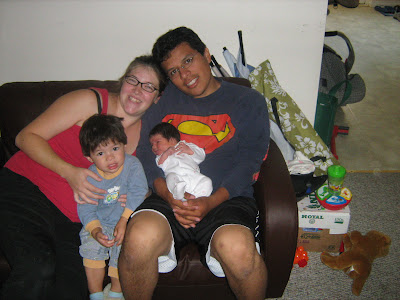 On Tuesday, August 5 at 12.11 a.m. Eliana Kecia was welcomed into the world. My daughter Marah and her husband Daniel are now the proud parents - and I am the proud grandma - of the two most beautiful children in the whole world. Alejandro met his little sister today and tomorrow he will be able to take her and their mommy home from the hospital. Tomorrow morning I will get on a plane and then a bus to arrive in Kamloops so I can hold Eliana in my arms. Praise God for this new little blessing! Not to worry - there will soon be pictures!!!
Posted by Barb at 6:04 a.m. 2 comments: