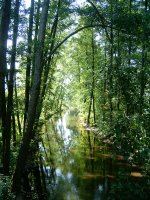 Hello, dear friends! So - here I am back safely in Moldova. I had no problem getting back into the country - Praise the Lord! In fact, they even were giving out free visas this month so I saved some money. And upon return I was also greeted with the wonderful news that our Brazilian friends have obtained their residency permit and they are staying!!God answered our prayers. Hurray! This is all good. There are still some uncertainties with the visa situation but it's just keeping us all on our toes. :-)
My time in Germany was really quite wonderful. The course I took was very good and it was so great meeting people from so many fascinating places. 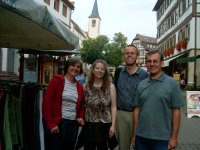 I had two roommates - one from Australia and the other from Costa Rica. There were also people there from South Africa, a lady from Namibia, and several people who are working as tentmakers in restricted access countries. What amazing stories some of these people have!
Anyway, one of the blessings of the week was having a visit with dear Alma. Maybe you remember I introduced you to her last September when I was at Missionary Training School in Hungary... she was our host at that event. She is a real sweetheart and we appreciated her so much then. 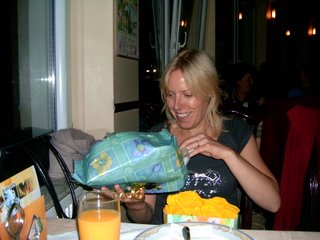 One person in our group (the only single male - James) especially appreciated her and is now engaged to be married to her in December! So, as Alma works at OM Germany, Aniko and I took her out for a 'wedding shower' girls night out and bought her some "little special things". It was fun and the Chinese restaurant we went to had great food! I will have a chance to see Alma (and James!) again at the end of October when I stop in Budapest on my way home from becoming a grandmother. The MTS 2 event will be held at that time - a reunion of the MTS people - and although I cannot attend the whole thing, it will be great to even stop in and say hello to my friends who have been in Albania, Czech Republic, Bosnia and Hungary. I suppose it's possible I may even have photos to show them of my new grandbaby...
Posted by Barb at 10:20 p.m. No comments: 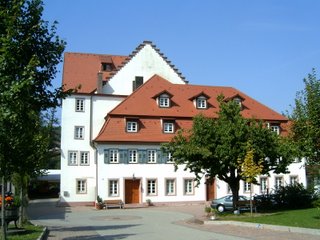 So, as I started to tell you last night, I am in Mosbach. I will try again to post a photo of the place where I'm staying but if you don't see it, you will know I had no success.The weather has been quite lovely and the course I am taking on membercare is quite insightful. Today we talked about crisis, loss and how to debrief people who have gone through such situations. I was really pleased today that I got to see Alma, who was one of the leaders in my Missionary Training School last September - just one year ago! She works here at the OM Germany base.
Other than that, and a brief walk into the town, I've just been sitting in meetings all day. And I talked with my daughter on the phone (Skype)... - only a month or so till the baby arrives! Meanwhile several other friends are having babies or are due around the same time as Marah. Imagine - me a grandmother!!
I will attach another photo 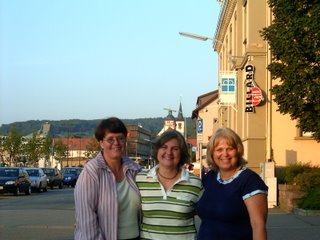 of some of my friends that I have met here. Last evening we had a lovely evening walk into the very picturesque town and enjoyed an ice cream cone together. On the left is Monika, from Namibia, who truly enjoyed her strawberry ice cream. Then you see Aniko, from Hungary, who works with me in Moldova. And on the right is Cathy, one of my roommates. Cathy is an American who is working in Costa Rica with her husband. We seem to get on quite well.
Posted by Barb at 12:01 a.m. 2 comments:

Guten Abend - a message from Mosbach

Hello, dear friends. I know I haven't blogged for a while so you will be glad to know this is an up-to-the-minute report, complete with photos. Yesterday I travelled to Mosbach, Germany, along with my team-mate, Aniko. We travelled together from the Frankfurt airport and when we missed our train in Mannheim we met a girl from Australia who was coming to the same conference. 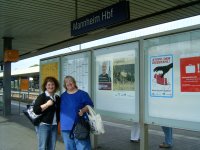 She is one of my roommates here. The conference is about member care - taking care of the people on your missionary team, which will be a large part of my responsibilities when I return to Moldova. The facility where we are staying is a lovely building - a former mill - the OM base in Germany.
Posted by Barb at 9:51 p.m. No comments: